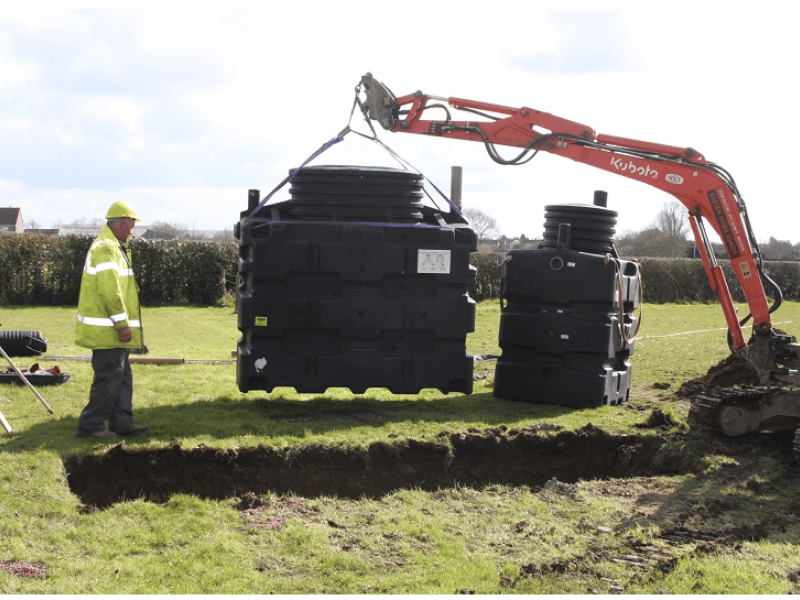 Millions of people rely on septic tanks to treat wastewater from their home, and all these systems are a time bomb ready to explode in the ground. The question is not if your septic system will fail, but when the big bill for reconstruction of it will hit you. My bomb exploded in my case on May 14, but the solution I've found to make my system operational again turned out to be cheaper, easier and less disruptive than what I feared.

As to my BIOROCK installer, the longest operational life of a septic tank is about thirty years, and the shortest is 10 years. Mine started to crap out (literally) after 14 years of service. To understand why septic system failure is only a matter of time, you need to understand how these hidden sewer systems and mysterious work, why they are sensitive to the problems and what you can do to avoid pain. The details may not be pleasant to hear but they are still good to know.

A conventional septic tank is composed of a tank which is divided into two parts. Raw sewage coming from your home and enter the first part of the tank. Digestion of pollutants (solids) starts here, allowing most of the solids to be liquefied. "Liquefied" solids settle on the bottom of the first half of the tank.

Non-deposited liquid effluent flows to the second half of the tank, where the degradation of pollutants continues until the liquid is discharged through perforated pipes in the buried just below the ground level. This floor area is called the leashing bed, or leash field, consisting of perforated drainage pipes surrounded by small round stones. This is precisely the most vulnerable part of any septic system.

The wastewater treatment systems and septic tank specialist installers indicate that 90 percent of the waste water purification takes place by the action of sand and / or grass and other green plants roots that feed the effluent.  I can tell you from observation that the water in the second half of a septic tank is far from being clear, while the water samples collected in the bottom of a septic field is clear and odorless…At least until the infiltration of the wastewater stops working, what happens soon or later for any septic tank, without exception.

The problem with septic tanks is that the leaching bed, “infiltration ground” consists of small round stones which finally end up not letting the liquid flowing through (clog up). In case of no regular pumping of your septic tank every two or three years is one reason. Even if you carefully use your septic tank, taking care of the items you dump it (avoid diapers, cotton, sanitary towels etc ...), soil infiltration through "perforated" drainage pipes will gradually block up, preventing the effluent from draining.

This is where things get complicated in a few days: The tank overflows because the drainage cannot keep up with the entry of sewage. That's what happened to me, and that's when things get generally very expensive and problematic, but not in my case.

During the site survey following my call, the installer first noticed problems when we raised the lids of my septic tank for inspection. We observed a volume of waste water higher than the level it should have been with an effective drainage.

I prepared myself to the idea of destroying my garden by digging up old drainage pipes and impervious soil and replacing the complete septic system before waiting  two or three years for the grass to grow back. Total cost: 8,000. But my installer offered an alternative solution with the BIOROCK system.

I looked on my side on the internet for different solutions. All of them were electrical individual sewage treatment systems or septic systems. These systems involved installing a new electrical power supply, without being able to reuse my existing septic tank. These solutions were leading to new maintenance costs, breakdowns and inconvenience compared to my old non electric septic system. I would have missed the most economical and environmentally friendly wastewater treatment solution on the market: a non-electric compact treatment tank installed directly after my existing septic tank.

I immediately liked the idea of this green, alternative technology. The BIOROCK product I bought is presented as a natural water treatment process that is specially engineered to “eat” disgusting, slimy stuff that prevents infiltration fields to work.

In theory, the BIOROCK treatment tank is installed after the existing septic tank. My tank had to be first emptied and checked prior to installation.

In practice, it took a day to install the BIOROCK treatment tank after my existing septic tank (my installer took care of everything). Since then, everything seems to be going great. The BIOROCK solution prevented me from paying a big amount of money to degrade my garden, having the privilege of digging over 25 meters drains out of it. I'm now secured for at least 15 years, with no impact on my bill electricity and without risk of engine failure leading to the back-up of my septic system in both the kitchen AND the bathroom. In short, I have defused the bomb. In two words: Finally safe!